Eternity by Big and Rich (featuring John Legend) is a country song from the album Between Raising Hell and Amazing Grace and was released in the summer of 2007.

The official music video for Eternity premiered on YouTube at the beginning of June 2007. Listen to Big and Rich's song featuring John Legend above.

Big and Rich's Eternity lyrics were written by Big Kenny. 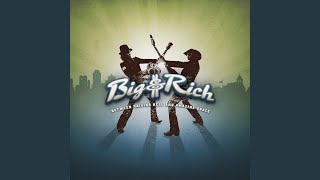