Wake Me Up by Billy Currington is a new country song from the album Summer Forever. The single reached the Billboard Country Airplay chart.

The official music video for Wake Me Up premiered on YouTube at the beginning of December 2017. Listen to Billy Currington's new song above.

Wake Me Up Lyrics

Billy Currington's Wake Me Up lyrics were written by Josh Osborne, Jimmy Robbins and Ashley Gorley. 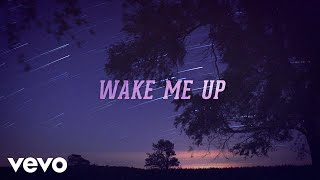