Start A Band by Brad Paisley (featuring Keith Urban) is a country song from the album Play. The single reached the Billboard Top 100 chart.

The official music video for Start A Band premiered on YouTube at the end of November 2008. Listen to Brad Paisley's song featuring Keith Urban above. 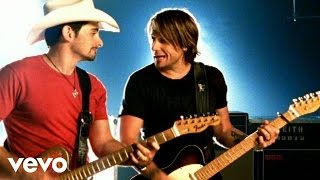