We Goin' Out by Chase Rice is a country song from the album Ignite the Night. The track reached the Billboard Top Country Songs chart.

The official music video for We Goin' Out premiered on YouTube at the end of August 2014. Listen to Chase Rice's song above.

We Goin' Out Lyrics

Chase Rice's We Goin' Out lyrics were written by Chase Rice, Chris DeStefano and Shane Minor. 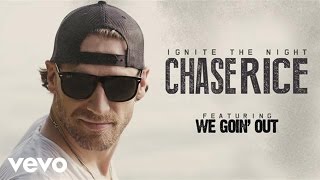