So I Sang by Darius Rucker is a country song from the album Southern Style and was released in the spring of 2015.

The official music video for So I Sang premiered on YouTube at the end of March 2015. Listen to Darius Rucker's song above.

So I Sang Lyrics

Darius Rucker's So I Sang lyrics were written by Darius Rucker, Tim James and Rivers Rutherford. 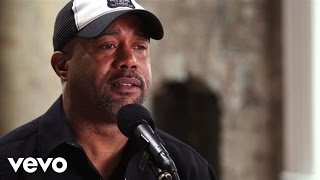