Give It Away by George Strait is a country song from the album It Just Comes Natural. The single reached the Billboard Top 100 chart.

The official music video for Give It Away premiered on YouTube at the beginning of July 2006. Listen to George Strait's song above.

Give It Away Lyrics

George Strait's Give It Away lyrics were written by Bill Anderson, Buddy Cannon and Jamey Johnson. 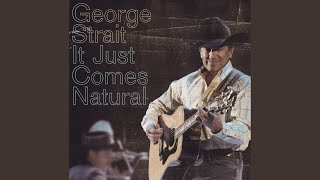