Count On Me by Nashville (featuring Sam Palladio (Gunnar)) is a country song from the album Nashville: Season 4 and was released in the fall of 2015.

The official music video for Count On Me premiered on YouTube at the end of October 2015. Listen to Nashville's song featuring Sam Palladio (Gunnar) above.

Count On Me Lyrics

Nashville's Count On Me lyrics were written by Claire Guerreso and Viktor Krauss. 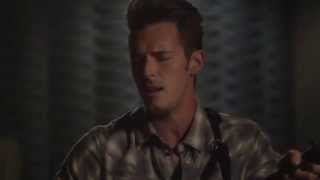