Catch A Fish by Outlaw is a new country song from the album Catch A Fish - Single and was released in the summer of 2017.

The official music video for Catch A Fish premiered on YouTube at the beginning of August 2017. Listen to Outlaw's song above.

Outlaw's Catch A Fish lyrics were written by Outlaw. It's a parody of Chris Janson's Fix A Drink. 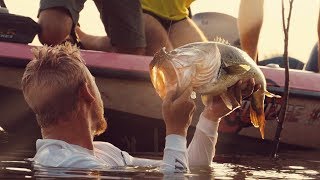