I Can't Breathe by Parker McCollum is a country song from the album Probably Wrong: Session One and was released in the summer of 2017.

The official music video for I Can't Breathe premiered on YouTube at the end of June 2017. Listen to Parker McCollum's song above. 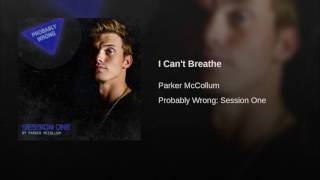