Better Off by Sara Evans (featuring Vince Gill) is a country song from the album Slow Me Down and was released in the spring of 2014.

The official music video for Better Off premiered on YouTube at the beginning of March 2014. Listen to Sara Evans' song featuring Vince Gill above.

Sara Evans' Better Off lyrics were written by Marla Cannon-Goodman and Karyn Rochelle. 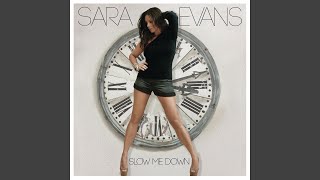