What I'd Give by Sugarland is a country song from the album Love On the Inside and was released in the summer of 2008.

The official music video for What I'd Give premiered on YouTube at the end of July 2008. Listen to Sugarland's song above.

What I'd Give Lyrics

Sugarland's What I'd Give lyrics were written by Kristian Bush, Jennifer Nettles and Clayton Mitchell. 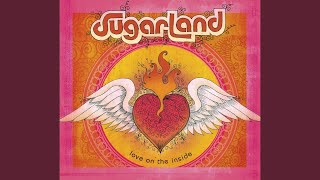